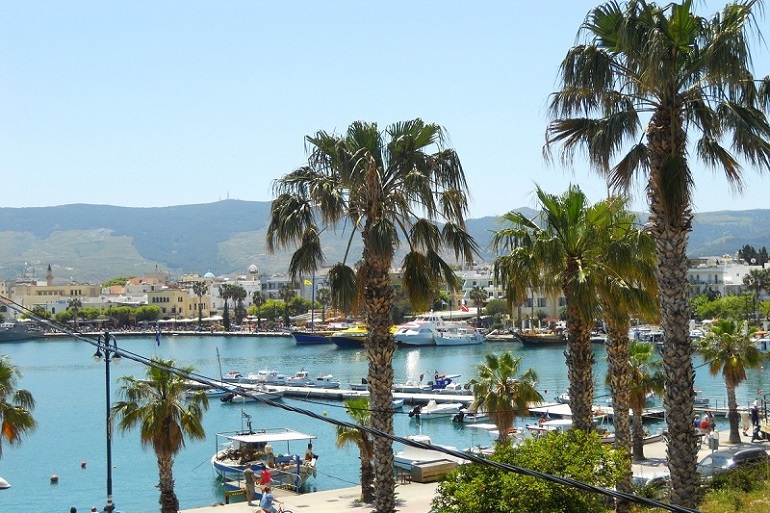 Hippocrates the father of modern medicine, has forever been a critical bragging point to the islanders, Kos is justifiably characterized as the island of Hippocrates. The son of Heracleidis and Fanaireti, the heir to a family of priests and priestesses to Asclepius of the temple dedicated to him in Kos, Hippocrates born in Kos, in 460 B.C (according to tradition in the old capital of Astipalaia) founded and laid the groundwork for the medical science .He himself bore two sons Thessalos and Drakontas both excellent doctors.
The architecture of Kos is unique having absorbed and incorporated differing cultural influences. During the Ottoman period the town bore all the trappings of the well famed market cities. Its life was contained within the commercial road along the lines of which lived the Muslims and wit​​​​hin the bazaar situated on the center of the Platanos square.
The town is littered with mosques and Ottoman springs. During the Italian occupation the tow was influenced by Venetian Architecture. Furthermore Kos is a specific case study of its own, having been thoroughly rebuilt according to a new Italian plan, after the earthquake of 1933.Comprised of three building belts of class buildings. The north zone, the central zone and the eastern zone. The northern wing was filled with small lodgings for the simple townspeople (case popolari). The central part of the town was composed of 2 story buildings with ground floor shops where the members of the bourgeois made their homes (palazzine).Finally the eastern zone was reserved for the Italian settlers and was characterized by small manors and gardens (villini).Further characteristic​s of the incursion of Italian aesthetics is the presence of extended green belts of tropical trees, and the unique public buildings designed by Italian architects .